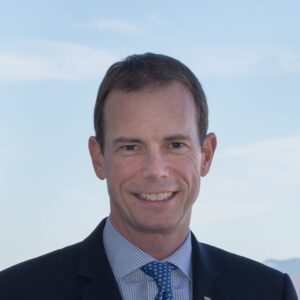 Donald Bowman is a leading luxury hotelier with an international career in hospitality and hotels spanning over 30 years.  He brings a wealth of knowledge in hotel management and international luxury operations to his consulting work.  He has operated resorts and city center hotels, union and non-union properties, luxury and boutique hotels and is known for his strategic planning, delivery of luxury experiences and strong owner relations.   His involvement in opening hotels, restaurants and spas, reflagging hotels, building brands and demonstrated strength in delivering results make him highly suited for a wide range of consulting projects.  He particularly enjoys helping companies with pre-opening or transition projects and has started his own service excellence consulting practice that helps companies in the service industry create, improve or maintain a culture of world class service excellence.

Donald’s career in hospitality began with an honors degree in Hotel and Catering Management from Surrey University.  After graduating he joined Forte Hotels, Europe’s largest and leading hotel group at the time and worked at some of their most prestigious hotels in London including the Waldorf, The Cumberland and the Hyde Park as well as spending several years in their corporate office working on strategy and analysis for the VP of Sales and Marketing.

On the international side, he worked with the Rafael Group of Hotels and Mandarin Oriental in various locations including Bermuda San Francisco and Honolulu.

He has pre opening experience working with Mandarin Oriental, Las Vegas and PUBLIC Chicago, where  the new boutique brand was launched.

Donald also has rebranding experience having worked on a number of hotel deflagging and reflagging projects.

Donald is a founding Board Member of the Ironheart Foundation a charity that works to transform and empower those affected by heart disease.  and serves on the Nevada Hotel and Lodging Foundation and on the Advisory Board of the Vegas Golden Knights Foundation in Las Vegas.