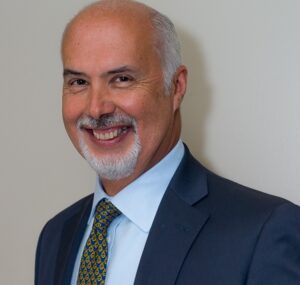 He worked with Sir Mark Weinberg and internationally acclaimed hotelier and interior designer, Anouska Hempel, as Managing Director of Anouska Hempel Management for 25 years. During that time he opened and operated three iconic boutique hotels, Blakes (London and Amsterdam) and The Hempel.

Six years ago he started his own consultancy across a wide band of disciplines relating to the hospitality industry.

His roles are from full time executive capacity to operational overviews and change management on behalf of owners, operators and financial institutions. He also acts for a client as owner’s representative, in an advisory capacity, dealing with management contracts.

In his capacity as a Board Director of Gravetye Manor he helped them to achieve the award of AA Hotel of the Year 2013 – 14. This was following three years of a multi- million pound investment and restructuring under his guidance in which he re-launched the hotel and set up the current management structure. “The Cateys” 2013 short-listed Gravetye in the category of Hotel of the Year – Independent. He remains on the board of the hotel and continues to advise its current private owners in on-going strategic matters as part of a four-person board.

Neville’s other roles have included Acting Managing Director for a group of HNW investors on a development that involved a golf course (by a world renowned golf Designer), a 40-bedroom luxury hotel, Spa and Cookery school. A further role is as acting Finance Director for a client that has 7 restaurants branded under the name ‘Bel & Dragon’. He is currently Director of Hotel Development for the EQ Group, a capital investment group investing private and institutional funds in the hospitality sector.