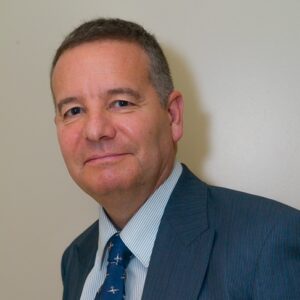 From 1997 to 2009, Miguel led the Resort Development Department in EMEA as Senior Vice President at MVCI, Marriott’s ownership resorts division. From 2012 to 2014, he led the Intercontinental Hotel Group (IHG) technical services department as Vice President Design & Engineering – Europe. From 2014 to 2018 he was Aman’s Global Head of Design, Construction & Technical Services and a permanent member of Aman’s Executive Committee. Earlier in his career, Miguel worked in architecture and consulting firms in Spain and the USA, such as SOM-Chicago, where he was Project Architect for the Hotel Arts Ritz-Carlton Barcelona.

Miguel is a Fulbright Scholar and holds Master’s Degrees from Barcelona Polytechnic University (MArch), M.I.T. (SMArchS), Harvard (MDesS) and the Open University (MBA). Miguel is also a leading expert on ‘EcoUrbanism’ (a term Miguel coined), eco-resorts, sustainable tourism development strategy and territorial planning. Miguel has written several books, taught at universities in Europe and the USA, and is a regular speaker at industry events.

From 2008 to 2011, Miguel was Co-Chair of the Urban Land Institute (ULI) European Resort and Hotel Council, of which he was a founding member and also served as its Vice-Chair from its inception in 2004 until 2007.