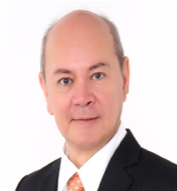 Overseas, Vic staffed the Shangri-la’s Barr-Al Jissah Resort & Spa in Muscat, Oman with over 300 Filipino hotel professionals up to manager levels during it’s opening in 2005. He also staffed the Dusit Thani Dubai, the Moevenpick Kuwait and the W Qatar. While he was with Shangri-la, he was deeply exposed to the different Asian cultures in Singapore, Malaysia, Thailand and Hong Kong. Earlier, during his time with Philippine Airlines, Vic was based in Seattle, Washington, USA for the special in-flight training of the Boing 747’s. A year later, he was sent to Tolouse, France this time to train for our acquisition of the Airbus 300’s.

Vic is an adviser for two institutions, Center for Culinary Arts Manila (CCA) which is recognised as the pioneer and leading culinary institute in the country and the Asian School of Hospitality Arts (ASHA) which has five campuses all over the Philippines. Vic has authored two books, namely, ‘Hospitality Superstars’ published in 2015 and, ‘Multi-Cultural Diversity in the Workplace for Tourism Professionals’ published In 2020.

Vic was a co-founder of the industry’s most prestigious service excellence awards program called ‘Mabuhay Awards’ which we started in 1996. The awards include the most coveted ‘Mabuhay Gold – Hotelier of the Year Award’. AHRM or the Association of Human Resources Managers in the Hospitality Industry is the proponent of awards and of which he is now a lifetime member, having been its president three times in the past.