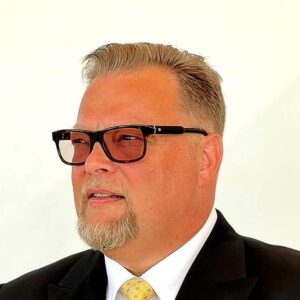 Prior to moving into project-based positions, where he served as Project and Contract Manager before taking on more expansive business roles in Operational Management, Jason started his professional career as a quantity surveyor.

With projects in the Middle East and Africa, including the Sofitel Resort Palm Jumeirah Dubai, the St Regis Resort Yas Island Abu Dhabi, and The Four Seasons Beach Resort Dubai, Jason has developed extensive domain expertise in the hospitality sector. In India, he served as the director in charge of setting up and directing the Hilton roll out plan for Delhi Land & Finance (DLF) across the country.

Jason is a person who strives for quality in the work that he and the teams with whom he collaborates deliver, with a focus on the demands of his clients. In the UAE and India, he oversaw the completion of some of the most well-known projects, including royal palaces, government and ministerial buildings, hospitals, resorts, and special economic zones (SEZs). He has worked in the UK, India, the Middle East, and Africa managing all aspects of the built environment.

In the last 18 years, Jason has accumulated a wealth of practical knowledge about how to complete built environment projects of all sizes. He has led businesses to the successful project achievement of numerous LEED accreditations, where he has particular pride being a team member in achieving the prestigious goal of attaining LEED GOLD for the Khansaheb Labour Camps Conversion, the first labour camps in the UAE to achieve LEED status.

Jason is a senior executive who has chaired on numerous boards for innovation and sustainability and served on various business boards for the operational, health and safety, governance, human resources, and training divisions. He has held non-executive positions at legal companies and consulting firms in the past and now.