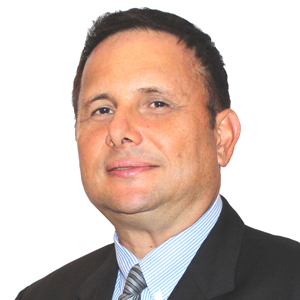 Etienne La’Brooy is an Australian Citizen, born in Singapore of Eurasian Heritage, who has been in management of a diverse range of hospitality for over 30 years. His work has taken him to many parts of Australia, New Zealand and the Philippines, as well as a stint in Thailand.

Etienne began his career in his home city of Sydney, Australia, at the Wentworth Hotel, which at the time, was Australia’s finest Luxury Hotel, and part owned by Qantas Airlines. He worked in all Food & Beverage outlets and became the youngest Captain Waiter in the Hotel at age 19. He was recruited by the Sydney Opera House where he gained valuable experience initially as Purchasing and Cost Control Manager, then Food & Beverage Manager.

Etienne spent several years in Queensland, managing Food and Beverage Departments in Iconic Resorts and Clubs, namely, Lindeman Island Resort, Radisson Palms Port Douglas, and Southport Yacht Club. He was the Deputy General Manager through the redevelopment and pre-opening of Lindeman, providing him his first taste of remote management experience.

He became an expert in managing Catering Operations for Performing Art Centres by adding the Adelaide Festival Centre and Aotea Centre in Auckland to his CV. He worked in these properties for Australasia’s largest Catering Company, Spotless, now known as SSL Services. The Auckland experience also brought Convention Centre experience, where he successfully oversaw the APEC, CHOGM and ADB annual conferences. He was promoted within SSL to manage their Sports Stadium Operations at Ericsson and Jade Stadiums, famous for Rugby League and Rugby. He also managed Millbrook Resort and Golf Course in Queenstown.

Etienne took up his first expatriate role as the Executive Assistant Manager F&B at Crown Peak Hotel and Convention Center in Subic Bay, Philippines, where APEC was also held. This role led him to General Management roles at the two most Iconic Philippine resorts, Fridays Boracay and El Nido Resorts in Palawan. He built up an enviable record at each resort group by consistently attaining record financial results with outstanding guest review ratings. El Nido also won several Philippine and International Awards during his tenure for quality and sustainability.

A change in ownership for El Nido prompted Etienne to setup his own consultancy group, “Asia’s Unique Resorts Alliance” known as AURA Hotels and Resorts. He has managed or consulted for several outstanding properties such as, The Tower Club Makati, The District Resort Boracay, The LIND Resort Boracay, Busuanga Bay Lodge and My Kitchen by Chef Chris Restaurant. AURA is currently consulting on Hotel and Resort Projects in Davao City, Boracay Island, Ilocos Sur, Palawan and Metro Manila. Etienne and his wife Sarah, also own and operate one of Boracay Island’s best rated and loved restaurants, The Lemoni Café.

Etienne is delighted his decision to take up Hotel & Restaurant Management at the Ryde College of Hotel Studies in Sydney, has led to a rewarding, successful and enjoyable career in hospitality.